The official opening of the North Caspian Regional Exhibition "Atyrau Oil&Gas" and the North Caspian Regional Exhibition of Construction "Atyrau Build" took place in "Abay" Center in Atyrau on April 6. 67 companies from Belarus, Kazakhstan, the Netherlands, Russia, USA and Turkey took part in the exhibition. The exposition also included a national stand of the Export Support Center of Bashkortostan and a collective stand of the Yaroslavl region. 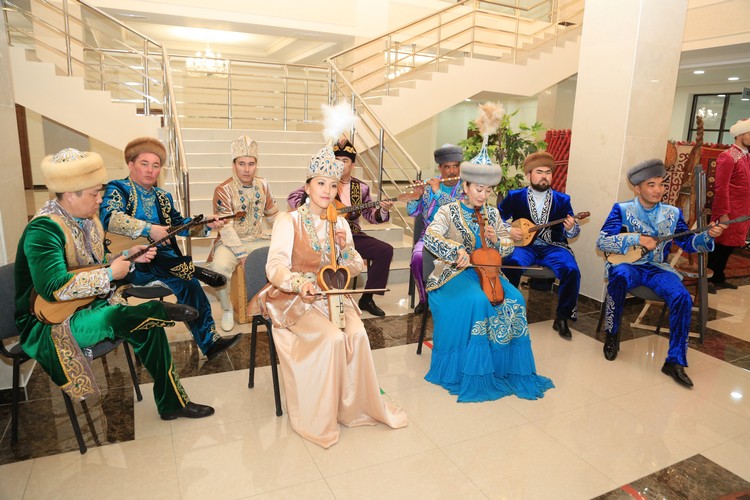 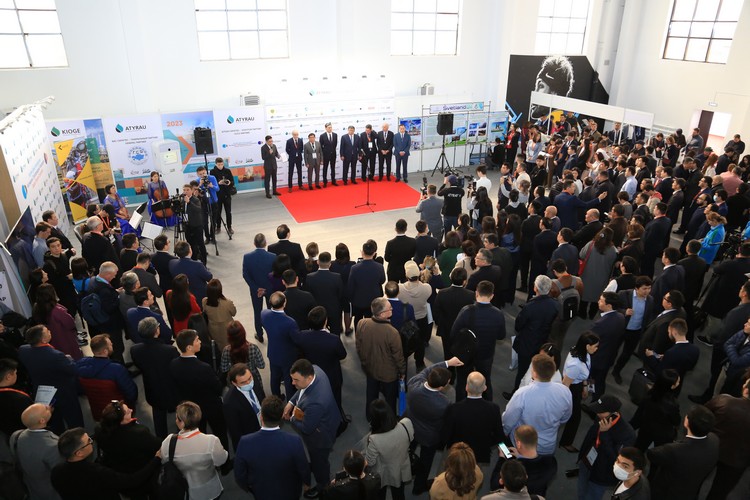 The opening ceremony was attended by MakhambetDosmukhambetov - the Akim of Atyrau region, Murat Zhurebeko -First Vice-Minister of Energy of Kazakhstan, Ilyas Ospanov - Chairman of the Industrial Development Committee of the Ministry of Industry and Infrastructure Development of the Republic of Kazakhstan, Kairgeldy Kabyldin - Deputy General Director of CPC for liaison with the Government of the Republic of Kazakhstan, Olivier Lazar - Managing Director of North Caspian Operating Company N.V., RzabekArtygaliyev - General Manager for Government and Public Relations of Tengizchevroil LLP, Rashid Zhaksylykov - Chairman of the Presidium of KazService Union, AsylbekDzhakiyev - Chairman of the Petrocouncil, Kosan Taskinbayev - Vice President of KSOG, and Boris Danilenko - Director of Iteca Exhibition Company.

Welcoming the participants and guests of the exhibition, MakhambetDosmukhambetov,the Akim of the Atyrau region, expressed his gratitude to the companies for their participation in the event and wished everyone fruitful work.  According to Akim, this kind of industry platforms contributes to the development of the country's oil and gas industry.

– The presence of a developed resource base makes the region an ideal place for the development of a national oil and gas cluster, which in turn gives a powerful impetus to the development of such industries as petrochemical, energy, construction and other industries. "I am sure that the further development of the oil and gas industry will be facilitated by the joint efforts of business and government agencies," – said Makhambet Dosmukhambetov.

RzabekArtygaliyev, General Manager for Government and Public Relations of Tengizchevroil LLP, also noted the importance of holding industry events in the Atyrau region. 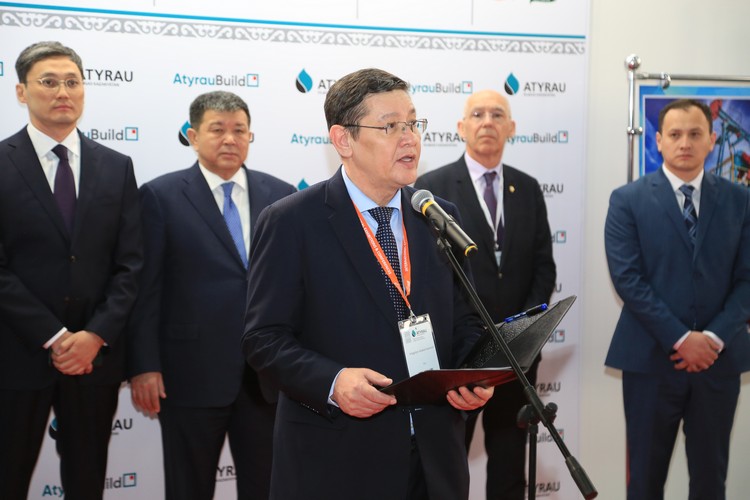 – "These exhibitions and seminars, which will be held today, provide an excellent opportunity for representatives of the oil and gas industry and businesses to share their experiences and opinions on a wide range of issues currently facing the industry in the Atyrau region. All the companies represented here play an important role in ensuring the success of both TCO and our Tengiz field," said Rzabek Artygaliyev.

The exhibition also included a plenary session on the further development of the oil and gas industry in the Atyrau region, at which a wide range of issues were discussed and considered with the participation of the leadership of the Atyrau region, the Ministry of Energy of Kazakhstan, the Ministry of Industry and Infrastructure Development of Kazakhstan and major oil and gas companies.

In his speech, Murat Zhurebekov, First Vice Minister of Energy of Kazakhstan, emphasized the special importance of petrochemical industry development for the country's economy and the role of Atyrau region in this issue.

–Considering the dynamic growth of the RES share in the global energy balance, carbon neutrality and the forecasted decline in demand for hydrocarbons as fuel, in the future hydrocarbons will be mainly used for the production of petrochemical products. In order to develop petrochemical industry in our country, a special petrochemical zone has been created in the Atyrau region, called the National Industrial Petrochemical Technopark. Considering the prospects for petrochemiсal industry, taking into account the raw materials available for it, including gas from Tengiz and Kashagan field, we did not choose Atyrau region for nothing as a new development point for the industry and national economy as a whole," Murat Zhurebekov noted.

The extensive business program of the exhibition was continued by seminars and presentations of the participating companies. During the three days, Tengizchevroil LLP, NCOC, Caspian Pipeline Consortium-K, KMG Engineering, Rosen Europe, АҮASOM, APEC Training Center LLP will hold events on such topics as social projects of oil and gas companies, development of local content and human capital, selection of goods and services suppliers in oil and gas companies.

Traditionally, the exhibitions have become productive industry networking platforms and gave all market participants the opportunity to get acquainted with the products and services of the exhibitors, discuss pressing issues and enter into profitable contracts. The visitors of the exhibition are managers and specialists of various companies from Kazakhstan and foreign countries noted the effectiveness of the exhibition for the establishment of useful contacts. 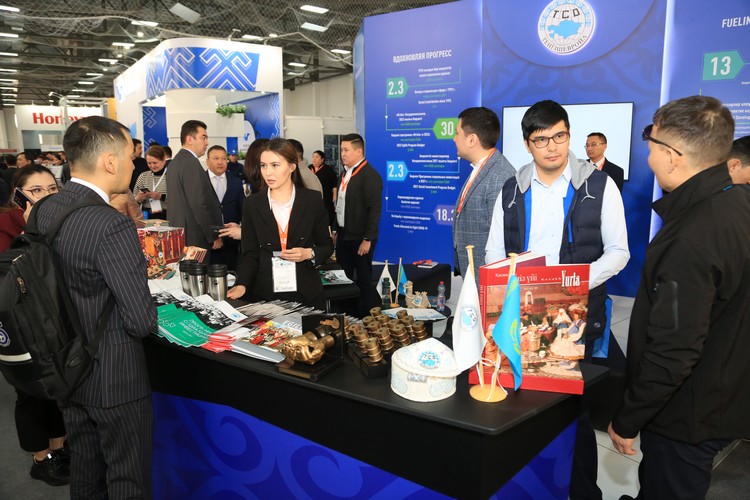 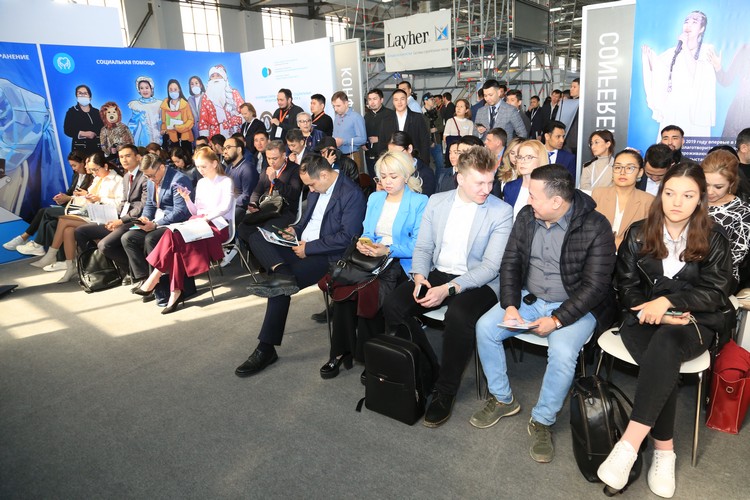 – We came here to get acquainted with the Kazakhstan market, see what companies are represented, what goods and services they produce, and look for prospects for cooperation," said Abuzar Dzhafarov, an occupational safety and health specialist from Azerbaijan, sharing his impressions.

Tengizchevroil LLP is the General Partner of Atyrau Oil&Gas 2022 Exhibition.Caspian Pipeline Consortium is the Golden Partner. The technical Partner of the event is AYACOM.

The exhibition is officially supported by the Ministry of Energy of the Republic of Kazakhstan, Akimat of Atyrau region, KazMunayGas NC JSC, Kazenergy Association, KazService Union, Petrocouncil and Kazakhstan Society of Oilmen and Geologists.

The organizer of the eventis Iteca Kazakhstan Exhibition Company.

Get E-invitation Book a stand